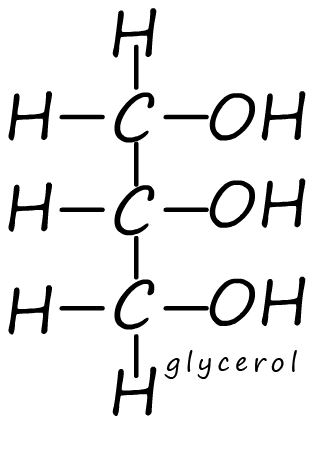 The sites of unsaturation present in oils and fats can be reduced by simply adding hydrogen (H2) across the C=C. This would increase both the melting and boiling points of the fat or oil. Depending on the number of C=C which are reduced to C-C bonds by hydrogenation the resultant substance can be a solid or a semi-solid fat such are margarine. This hydrogenation of vegetable oils is often called hardening and it requires the use of a catalyst and a temperature of around 600C.

Long chain carboxylic acids such as those present in fats and oils as we have seen can be saturated, unsaturated or polyunsaturated. The addition of hydrogen or hardening of the oils makes use of a catalyst, platinium, palladium, nickel, rhenium and copper are all effective catalyts for hydrogenation. The actual hydrogenation process takes place on the surface of the chosen catalyst in a number of simple steps (as shown in the image below), these include:


If a vegetable oil contains unsaturated or polyunsaturated long chain carboxylic acids it is possible to fully hydrogenate all the carbon carbon double bonds (C=C) to produce a saturated molecule, this saturated molecule is likely to be a solid fat. However by carfully controlling the reacting quantities it is possible to only partly hydrogenate the molecule, this will produce "soft" fats or semi-solid fats such as maragrine which being soft are very spreadable on your toast unlike say butter!